Posted at 10:42h in Blog by Retalon Predictive Analytics

Flash back to decades long since past, before the internet was even the tiniest kernel of an idea: retail was simple then. One part location, one part price, and one part experience. Realistically, nailing the first one was often enough: if you were the only game in town, then it didn’t so much matter how good you were.Snap back to the present day, and retail has managed to become both easier and more difficult at the same time.

Pro: you can create your own online-only store with relatively-little investment. Con: so can anyone else, which means there’s a lot of competition. Pro: you can probably find a good deal on physical premises. Con: unless you have a fantastic business plan and something to set you apart, you’re likely to go out of business pretty quickly.

Whether you’re an online exclusive or setting up a physical store, then, you need something special to stand out — and for some retailers, that secret ingredient is VR (virtual reality). How does that work? Let’s run through how it’s helping stores create awesome shopper experiences:

Establishing a memorable brand is a key concern for a modern retailer, and content marketing is a big part of that effort. Merchants invest a lot of money and time in creating blog posts, infographics, advertising campaigns… anything that can get them noticed.

Because it still feels so novel, even with VR headsets being fairly mainstream at this point, VR content can be seriously impactful. OREO showed that by creating a 3D world for a new flavor back in 2016 — you can watch the video here. The immersion involved makes the product feel special somehow. It adds that nostalgic element of magic.

Think about the possibilities. A company that sells sustainable products could create a virtual space to show what the furniture of the future might look like. Whether you’re communicating an idea, or simply trying to entertain, VR is a versatile option for winning over the spendsetters.

When selling products online, you’ll quickly run up against a basic problem: shoppers who can’t physically inspect items can’t feel quite as confident about them. This is particularly tricky for decorative or practical purchases (furniture, clothing, etc.) because dimensions and materials are vitally important for such things.

Through VR (along with AR, or augmented reality), merchants are able to greatly expand the useful information available to shoppers. They can provide detailed 3D models, allowing people to rotate, zoom, and even change lighting conditions to form more solid opinions.

IKEA earned a lot of goodwill through developing and releasing its Place AR app for previewing how its products will look inside shoppers’ homes, but it won’t always fall upon individual retailers to invest in that kind of project. Ecomm giant Shopify has invested heavily in 3D retail tech for its enterprise-scalable retail platform, offering its sellers robust routes to embracing it without racking up intimidating costs, so it should become standard practice soon enough.

It’s still possible to be very successful with a brick-and-mortar store, but it’s a lot trickier to attract visitors when it’s so much more convenient to buy most things online. This is the main reason why the concept of experiential marketing has picked up so much traction. If you can make visiting your store a captivating experience, you can make the trip worthwhile.

UK retailer John Lewis has been looking for ways to do this in recent years, and has turned to VR as a suitable delivery method. In late 2016, it created a VR experience to promote one of its centerpiece Christmas toys, and it evidently went well because it recently announced the launch of a trial system for allowing store visitors to use VR headsets to rapidly design and view furniture layouts (with store staff making their requested changes along the way).

In the future, we’re likely to see more retailers implement similar systems, tempting shoppers to visit not only to physically appraise their prospective purchases but also to use VR systems far richer and higher-quality than they’d be able to use at home.

Micro Startups is a business community that celebrates inspiring startups and small businesses of all shapes and sizes. Whether you’re a solopreneur or a hustling startup, Micro Startups has you covered. Find us on Twitter for the latest micro biz news and inspiring entrepreneurial stories @getmicrostarted.

How to Forecast Demand in Retail (2021)
Retail Automation: Lessons from Top Leaders in Retail
Causes of Retail Overstock and Best Ways to Avoid Them.
12 Critical Retail Industry Performance Metrics (2021)

Get the Case Study
Get the Guide Now 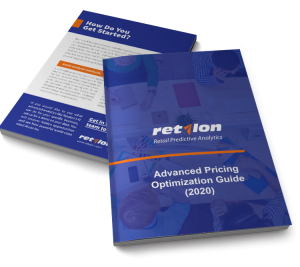 Get the Ultimate Guide to Buying Inventory Software (2021). Discover how top retailers are choosing their software.